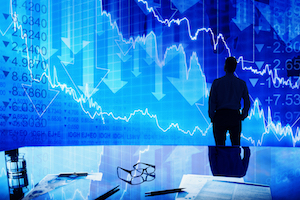 Most investors who suffer losses from securities fraud are well served by participating in securities class actions. Because of the small size of their damages, it is generally not economical for them to sue violators individually. The class action mechanism enables them to aggregate their claims with other, similarly situated victims to obtain recoveries that they would not otherwise be able to receive.

For large and institutional investors that have significant losses, however, “opting out” of the securities class and filing their own individual case may be advisable. In fact, for banks, insurance companies, hedge funds, mutual funds, and pension funds with claims in the tens of millions of dollars or more, opting out can be an excellent strategy under the right circumstances.

Opt-out plaintiffs enjoy many advantages including the ability to control the strategy of the case and pursue legal theories not asserted in the class action. For example, they can elect to file their case in state court rather than federal court. They can also assert claims that require individualized proof and thus cannot be brought on a class basis or claims under state law that disallow defenses available under the federal securities laws.

But the most significant advantage is that opt-outs generally receive far larger settlements. Although comprehensive data about opt-out settlements are unavailable because parties generally agree to keep their terms confidential, opt-out recoveries generally substantially exceed those of class members on a per share basis. Premiums of several to many hundreds of percent compared to class recoveries are common. Multiples in the thousands of percent have been achieved.

The primary reason for such outperformance is what the literature describes as “insolvency constraints” which curtail the size of class settlements but generally not those of opt outs given the smaller sums in dispute. As Professor Coffee of Columbia Law School has explained, where a class demands large sums in damages, “the defendants’ strongest argument may be that the corporation simply cannot pay such an amount and would file for bankruptcy before doing so. Similarly, the federal judge and/or a mediator may push for a settlement within a ‘realistic’ range.” By contrast, opt-out plaintiffs are not required to be “reasonable” but can be the “squeaky wheel” that the defendants are required to pay off if they want peace.

In other words, companies cannot afford to pay large percentages of multibillion-dollar damages claims. As a result, class claims involving such substantial sums (so-called “mega” cases) settle for relatively small percentages of class-wide losses regardless of their merit. In fact, since 2008, the median class settlement for cases involving over a billion in damages has been a mere 2.5% of the class-wide loss. In comparison, opt-out settlements involving losses of tens of millions of dollars – or even upwards of a hundred million dollars – are not similarly constrained, and thus tend to settle for much larger loss percentages.

The upshot of this dynamic is a settlement advantage for opt outs that is more significant the larger the class-wide damages. Furthermore, once a class action settles, defendants have a strong incentive to resolve opt out claims to stop the “meter running” on legal fees and to prevent the continued diversion of management attention.

The Minimal Time and Attention Required

The time and attention required of opt-out plaintiffs is generally minimal. The plaintiff is required to produce the records of its transactions in the subject securities and any documents relating to its decision to invest. Discovery is ordinarily subject to a Court-issued Protective Order requiring that the plaintiff’s information be kept confidential and filed in court, if at all, under seal. Defendants are also generally entitled to depose the relevant investment decision-maker(s).

The Importance of Timely Action

It is important to note that timely action is required of opt out litigants. For example, they need to submit their requests for exclusion from the class by the deadline and in the form and manner established by the court in the class action. They also need to file their individual lawsuits within the statutory deadlines (statutes of limitation and repose) that govern the claims they wish to assert.

Prospective opt-out plaintiffs in securities class actions used to have the luxury of sitting back and waiting until the class action has been settled before determining whether to opt out because courts routinely held that the existence of the class action tolled the relevant statutory deadlines for the filing of individual complaints. In California Public Employees’ Retirement System v. ANZ Securities Inc., 137 S. Ct. 2042 (2017), however, the Supreme Court ruled that the pendency of a securities class action only tolls the statute of limitations, not the statute of repose. The statute of repose thus presents an absolute bar to would-be opt outs that fail to file their individual lawsuits prior to its expiration.

For this reason, investors considering opting out or preserving their right to do so should engage counsel as soon as possible to evaluate their claims and determine an appropriate strategy and the relevant deadlines.

If you know lost money due to securities fraud and are considering an opt-out lawsuit, reach out to us for a free and confidential consultation .