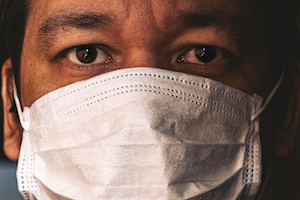 With U.S. Government expenditures on health care totaling more than $1.2 trillion annually – almost 5% of GDP – the battle against fraud and waste in the healthcare industry is a top priority of the Justice Department. Year after year, healthcare-related lawsuits make up the bulk of False Claims Act cases and recoveries. They comprised $2.6 billion of the total $3 billion recovered under the False Claims Act in 2019 – the ninth consecutive year of topping $2 billion.

Fraud on these programs vastly increases the nation’s healthcare costs at the expense of taxpayers. Of every dollar spent on healthcare, it is estimated that three to ten cents are lost due to fraud.

Notably, fraud in the healthcare industry can be particularly pernicious not only due to the financial cost but also the human consequences – it can seriously undermine quality of care and put patients at risk of harm.

This grim reality demonstrated by cases holding drug manufacturers accountable for their roles in the opioid crisis. For example, in 2019 Insys Therapeutics paid $195 million to resolve claims that it paid unlawful kickbacks to induce physicians and nurse practitioners to prescribe Subsys – a dangerous and highly addictive formulation of Fentanyl – to their patients. The whistleblowers who alerted the government to the existence of these appalling practices received tens of millions of dollars in awards under the False Claims Act.

The Most Common Illegal and Fraudulent Health Care Practices

Healthcare fraud involves a wide range of illegal practices, the most prevalent of which include:

Another serious abuse for which potential Qui Tam whistleblowers in the health care industry should be on the lookout involves the illegal referral of patients and medical business – specifically, the billing of federal healthcare programs for medical services or items resulting from the referral of business in violation of the Anti-Kickback Statute (AKS) or the Physician Self-Referral Law (the Stark Law). 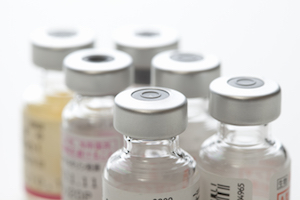 The Anti-Kickback Statute prohibits actors in the health care industry from paying or receiving kickbacks or “remuneration” – which is defined expansively to include “anything of value” – to influence, induce, or compensate another party for the referral of patients or business.

Notably, the phrase “anything of value” under the Anti-Kickback Statute covers not only direct payments for business referrals – for example, agreement to refer business for a percentage of the recipient’s revenues.

Rather, it also encompasses indirect, covert, or in-kind benefits that amount to disguised remuneration. Examples of such hidden kickbacks include free or below-market services or leases of office space or equipment, unjustified rebates, excessive compensation for directorships or other roles or positions, hotel stays, trips, entertainment, meals, waivers of copays, and supposed speaker fees or honoraria.

Essentially, any arrangement made to induce or reward a party for the referral of medical services or items reimbursed by the federal government can violate the Anti-Kickback Statute and form the basis of a False Claims Act lawsuit. And both the payer and recipient of the kickback can be held liable in the Qui Tam case.

The Physician Self-Referral Law (commonly known as the Stark Law) prohibits doctors from referring patients to business entities in which the physician or an immediate family member has a financial relationship. Illegal self-referrals in violation of the Stark Law typically involve laboratory, therapeutic, or diagnostic services or supplies or equipment such as orthotics or prosthetics.

If you know about fraud against a government healthcare program, reach out to us for a free and confidential consultation.