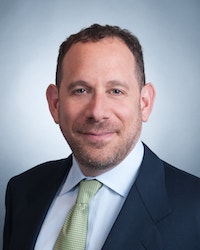 A former investigative journalist, Mark is a successful anti-fraud attorney with more than twenty years of experience in complex civil litigation. He has represented qui tam whistleblowers under the False Claims Act as well as victims of fraud under the federal securities laws and the Racketeer Influenced and Corrupt Organizations Act (RICO). His efforts have resulted in the recovery of hundreds of millions of dollars for clients.

Prior to founding Mark A. Strauss Law, PLLC, Mark was a partner at Kirby McInerney LLP, a respected plaintiffs’ class action firm that was named one of the “Most Feared Plaintiffs’ Firms” by Law360.com. There, he represented the qui tam relator in the United States ex rel. Kenneth Karlin v. Noble Jewelry case, winning a $3.8 million settlement. He also represented the whistleblower in the United States ex rel. Dickhdt v. Winds Enterprises case, obtaining a $1.5 million recovery. He was also a key member of teams that prosecuted major securities fraud class actions on behalf of investors including In re Citigroup Inc. Securities Litigation, which resulted in a settlement of $590 million, and In re Adelphia Commc’n Corp. Securities Litigation, which ended in $460 million in settlements. He also represented defrauded mortgagors in Rothstein v. GMAC Mortgage, obtaining a $13 million recovery. In addition, he represented victims of financial Ponzi schemes in Cromer Fin. v. Berger, recovering $65 million, and Serino v. Lipper, securing a recovery of $29.9 million.

Mark’s trial court and appellate advocacy has also resulted in numerous notable decisions, including Reading Health Sys. v. Bear Stearns & Co., in which Mark persuaded the United States Court of Appeals for the Third Circuit to split from the Second and Ninth Circuits to uphold the rights of defrauded customers of large financial institutions. In Chill v. Calamos Advisors, Mark also first-chaired a seven-day trial on behalf of injured investors in the United States District Court for the Southern District of New York.

Mark began his law career as an associate at Christy & Viener LLP and Cahill Gordon & Reindel LLP where he defended corporate clients in complex litigation and class actions. He resides with his wife and three daughters in Manhattan.

●  In re Adelphia Commc'n Corp. Securities Litig. (S.D.N.Y.) – represented investors in securities class action that resulted in $460 million in settlements.

Notable Decisions
Selected Publications
Contact Us
Whistleblower Practice Areas
Securities Litigation Practice Areas
Search
Reviews
★★★★★
"This is to thank you for the settlement and relator award .... Thank you for all you do to bring more justice in a world where it's needed so badly." David D., Hong Kong, client
★★★★★
"I was referred to Mark Strauss for my whistleblower case by another respected attorney. Mark's professionalism and expertise were apparent from our first meeting and throughout the handling of the case. It was a long process, but he was at my side the entire time, went above and beyond, and got a great result. I recommend him highly." Ken K., Great Neck, N.Y., client
★★★★★
"I enjoyed the argument. This is a well briefed, well argued case, which I don't get all the time. So I express my appreciation to ... counsel ...." Hon. Carla R. Bebault, United States District Court Judge, District of Minnesota
★★★★★
"This has been an extraordinarily well-tried case. I want to thank counsel ...." Hon. Edgardo Ramos, United States District Court Judge, Southern District of New York
★★★★★
"Mark is a zealous advocate for justice. His dogged efforts have led to substantial recoveries for his whistleblower and securities litigation clients. If you are looking for an attorney who is not afraid to face Goliath, Mark is the one." Christopher Studebaker, Esq., former colleague
View More
Submit a Law Firm Client Review