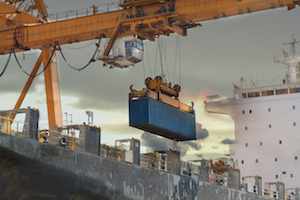 U.S. Customs and Border Protection (CBP), however, can inspect only a fraction of shipments arriving at U.S. Ports of Entry. Instead, the Government relies on what is essentially an “honor system” under which importers themselves are counted on to correctly label their goods and to self-report and pay the duties they owe. Given this, import duty evasion is thought to be widespread.

Whistleblower lawsuits under the False Claims Act are increasingly being recognized as an important component of customs compliance. Though precise statistics are not available, it is believed that the rate of Government interventions in customs cases is higher than other categories of qui tam litigation.  It is vital to engage a whistleblower attorney with experience and a track record of success in prosecuting customs whistleblower lawsuits like Mark A. Strauss to evaluate your matter.

The most common type of Customs fraud consists of understating the dutiable value of the goods being imported. Importers are required to declare the value of imported merchandise on entry documents (including Entry Summary Form 7501). They are also generally required to supply a copy of an invoice from an unrelated third-party to establish the “transaction value” of the imports in question.

Undervaluation schemes typically involve phony or doctored invoices or a failure to disclose required components of the transaction value such as “assists” – materials supplied by the buyer for use in the manufacturing process. Schemes frequently also involve the submission of invoices that are claimed to be from unrelated third parties but which are actually from affiliates or co-conspirators in the duty evasion scheme.

In the Motives Inc. case, for example, the defendants disguised the true value of imports by presenting false invoices to CBP reflecting only a portion of the purchase price. The parties used a separate second set of invoices – misleadingly referred to as “debit notes” – that reflected the true prices but which were not disclosed to CBP. The defendants paid $13.4 million to the Government to settle the qui tam whistleblower claims.

Another major category of Customs fraud consists of the falsification of the “country-of-origin” of the goods being imported. Violators engage in “country of origin” fraud by mislabeling the goods or transshipping them through third countries to make it appear as though they came from countries with lower applicable Harmonized Tariff Schedule (HTS) duty rates or no import quotas for the goods in question.  Country-of-origin frauds are also used to evade anti-dumping and countervailing (ADD or CVD) duties.  This type of fraud typically involves deceptive conduct like repacking, relabeling and mixing goods from other sources to conceal the true origin.

An example comes from the Tai Shan Golden Gain Aluminum Products case. There, in response to the imposition of U.S. antidumping and countervailing duties that made it impossible to profitably import aluminum extrusion products from China, the defendants transshipped the goods instead through Malaysia, repacking and remarking them to disguise their country of origin. A trade consultant working in the industry discovered the fraud and filed a qui tam lawsuit. The defendants paid $4.5 million to settle the claims.

A similar type of fraud involves falsely labelling or passing off goods as made in America when in fact they were imported. This might be done to skirt import restrictions or “Buy American” requirements common in Government procurement.

In the ESM Group case, for example, a seller of ultra-fine magnesium powder to the U.S. Government mislabeled the product as having been manufactured in the United States in order to satisfy Pentagon procurement requirements. In fact, however, the chemical came from China. The defendants paid $8 million to settle the qui tam claims.

Another major type of Customs fraud involves the use of improper HTS Tariff Schedule duty-rate classifications.

In the AmeriSource case, for example, the defendant misclassified small diameter graphite electrodes (devices used in steel production) as larger diameter electrodes to circumvent heightened antidumping duties that had been imposed on the former. The defendants paid $3 million to resolve the qui tam claims which had been brought by a business rival.

As in other categories of False Claims Act litigation, whistleblowers in Customs qui tam cases are most often employees or ex-employees of the violator – individuals with inside knowledge and direct access to evidence of the violations. Employees well-situated to bring Customs qui tam cases generally include those working in logistics, compliance, sourcing, procurement, supply chain management, sales, and financial reporting.

Another significant category of whistleblowers, however, has emerged – honest business competitors who have been placed at an unfair disadvantage by rivals that are dodging their import duties. For this kind of whistleblower, filing a qui tam lawsuit provides an opportunity to level the playing field and regain market share from parties that are underbiding or underselling them by breaking the law.  Competitor-whistleblowers' access to market intelligence, knowledge of factors impacting pricing and relationships in the industry also enhance their ability to investigate and substantiate their qui tam claims.