Each year the federal government awards tens of billions of dollars in grants to fund projects and programs for the benefit of the public. Recipients of grant monies include all levels of state and local government, not-for-profit organizations such as universities, charities, and for-profit businesses.

Grant fraud, however, is believed to cost the government hundreds of millions of dollars a year. Whistleblowers are needed to help stop this fraudulent behavior and prevent such losses.

In all, more than 1,000 federal grant programs are administered by some 26 grant-giving agencies. Grants are awarded for a wide range of purposes including scientific research, the development of drugs and vaccines, law enforcement, community development, disaster prevention, legal services, food assistance, and education.

Grant fraud typically consists of some form of untruthful dealing with the relevant federal agency. Potential whistleblowers should be alert to actionable practices including: 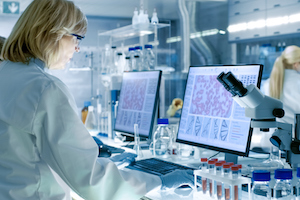 In 2019, for example, Duke University paid $112 million to settle claims that that submitted claims for grant payments to the National Institute of Health and the Environmental Protection Agency based on falsified or fabricated scientific research data. The whistleblower who filed the Qui Tam lawsuit that exposed the fraud received a $33 million reward.

In traditional False Claims Act cases, the government’s damages are measured by the difference between the amount it paid and the value of the goods or services that, due to the fraud, it received.

Grant fraud cases, however, do not fit this rubric because the value that the government received is ordinarily not tangible or directly calculable.

Because of this, courts have developed another measure of damages for grant fraud cases – namely, the entire amount of the grant monies received. The rationale for this damages measure is that the fraud cost the government the opportunity to award the grant money to an honest recipient who would have used the money as intended.

This damages approach is highly advantageous to whistleblowers because Qui Tam awards are based on the size of the government’s recovery.

If you know about parties engaging in grant fraud and would like to speak to an experienced whistleblower attorney, reach out to us for a free and confidential consultation.